Anyway, I haven't talked about this before here, but I'm really interested in playing the piano. When I was younger I took some guitar classes, but I always wanted to play the piano, and a couple years ago I finally got one! I've been playing it since, although never really took classes and also didn't practice very hard, but I do have a lot of fun with it.

What I like the most is improvising. I find it very relaxing, and sometimes interesting things come up that I want to develop further into a music.

Another thing I'm really interested in is music theory. I find it fascinating how we can dissect music to get to their building blocks and find out what makes them sound good. Also, I think if I learn more music theory I can have even more fun improvising and composing on the piano 😀.

Dave Conservatoire is like the Khan Academy for Music Theory and it's really good! I'm brushing up on the basic concepts as well as learning new ones there.

The Coursera course is what I'm most excited about, because it teaches the building blocks of music in a way that is fun, and by analyzing existing pieces of music. And even more, there are assignments in which you need to compose your own short melody in different styles. And this is what I want to talk about in this post!

So far through the course I had to make melodies in three different styles: Gregorian chant, jazz and folk. I tried to compose only by writing on the paper, but I honestly relied a lot on playing them on the piano to hear how each note sounded.

The idea for the Gregorian chant was to do something using a very limited set of notes, and few leaps, but as you can see I broke this second rule, although I think it sounds pretty good.

Being a Gregorian chant, the sheet should only have 4 lines and not have measures at all, it should have a natural flow. But Musescore isn't really meant to do that, so that's why both the audio and the sheet are more "robotic" than I'd like.

Next, in the slow Jazz, there's should be a more strict sense of time, but have the pitches be more free, so accidentals are even encouraged.

For the accidentals I used both A and D natural, but as you can see, there aren't any sharp A's to make the natural ones feel off the key signature, as I later learned. That's definitely something I'd want to improve next time.

I also think I accidentally put too much of the aesthetic of Genshin Impact's soundtrack, which although is pretty, isn't Jazz 😛.

Finally, the Folk melody should be something more repetitive and easy to remember and sing along. I did it in pentatonic since I learned that worked well, and I also think having an interesting rhythm is important, so that's what I did. 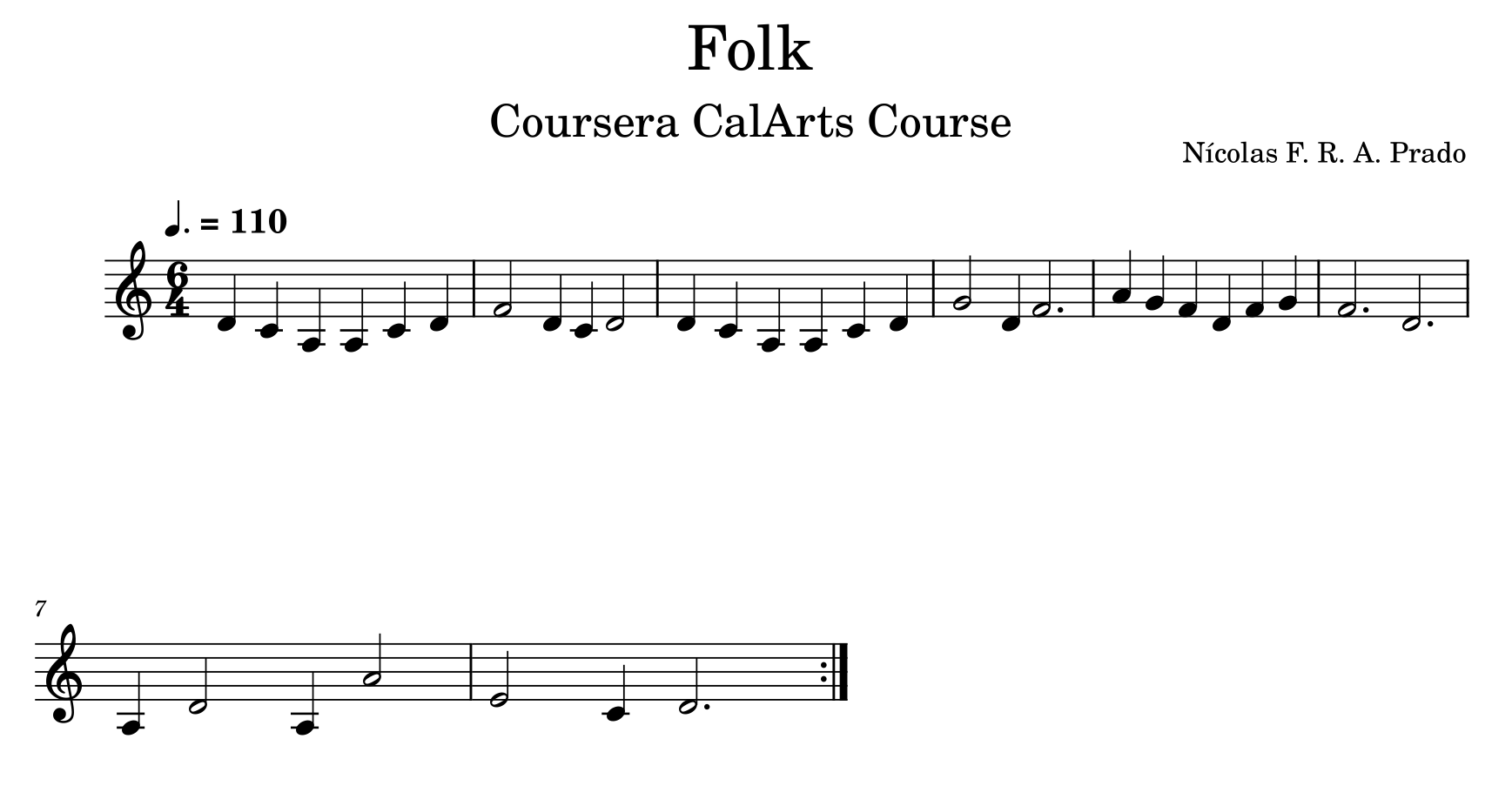 These are all for now, but I hope to share more in the near future 🙂.